So, you are in Tokyo! And it is highly likely that everything around you looks similar and you are rattled and confused about the buzz and the crowds! But is it really easy to get used to this apparent chaos and downloading the Tokyo Metro Subway app from Mapway will certainly help you to make sense about where you are and how to get to your destination.
SHIBUYA and HARAJUKU districts

Access to Shibuya and Harajuku is very easy following the Metro map – Shibuya is the last stop on the Ginza Line and is at the intersection of few other lines.

Tokyo is certainly the most fashion progressive place in the world and Harajuku and Shibuya are the most inspiring subculture fashion hubs that you will ever encounter.

SHIBUYA and the Gyaru girls

As most parts of Tokyo, Shibuya has its own fashion and lifestyle subculture.  This is the Shibu-kaji, which means Shibuya casual. This subculture fashion trend has developed and grown from the 1970s onwards and had its roots in the Japanese tendencies to import style from Western cultures, especially the US:  think Native American gear (leather fringes and turquoise and silver jewelry), cowboy boots and braided long hair, of course together with the Harajuku inspired trend of rainbow hair colours. And if Harajuku seems to be the trend hub that appeals most to teens and young people, Shibuya retail streets seem to have more recognition from the young professional Tokyoites, including celebrities and trend following crowds.  One of the most recognized subculture trends in Shibuya is the Gyaru, a girly glamorous beach style – the followers tend to have tanned skin and surfer hair. It is said that the gyaru paradise is the Shibuya 109 department store. It is highly likely this is where you will find them.

Whilst I was in Shibuya, I have chosen to stay in an exclusively female capsule hotel. Japan is well known for maximizing every inch of space and minimalistic living.

My capsule hotel stay was at the Nadeshika Hotel – I wanted to experience this as part of my immersion in all things Japanese. The concept itself is communal living with added privacy and a bit of high tech. The pods which constitute the private space for each traveller have individual lighting, entertainment and UBS ports for phone/ other equipment charging. Each guest also has a locker to put their valuables in. Nadeshika was a comfortable stay, with a sizeable onsen and very clean – however it was just that; don’t look for luxury and upgrades in a capsule!

The best part of living in the heart of Shibuya is the proximity to the famous Shibuya crossing. Word is this is the busiest road crossing in the world and staying and watching for a while really strikes you that’s true! The best thing to do is probably to go to the Starbucks on the second floor above the crossing and watch the spectacle… People watching – fabulous! And while in Shibuya, don’t forget to pay homage to Hachiko’s statue – the most faithful dog that has ever lived! The movie about ‘Hachi: a Dog’s tale’ reduces me to tears every time I watch it! Maybe you should see the movie before you travel to Japan (if you have not watched it already). 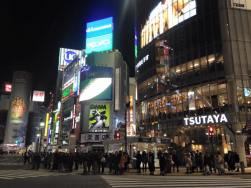 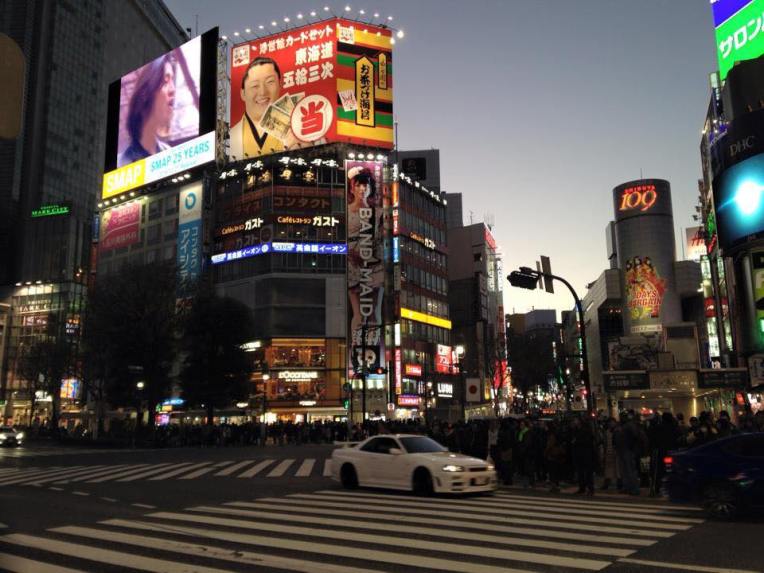 It just happened that when I visited Harajuku (which is one stop away from Shibuya) it was around the New Year holiday. In Tokyo everything closes down during this time and on the first day of the New Year, the tradition is for everybody to visit shrines; Harajuku is home to the most important Shinto shrine in Tokyo, the Meiji Jingu shrine – apparently this has over 1 million visitors during the first days of the New Year. This is one of the biggest Shinto shrines in Japan and you should visit to understand the Japanese spiritual life and customs. Whether you follow Shintoism or not you are guaranteed to enjoy the peace and the serenity of this shrine which lays in the middle of a vast park (Yoyogi Koen) and a most beautiful Japanese garden. 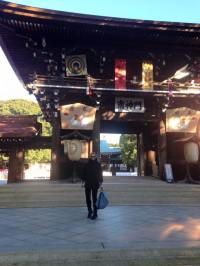 While Ginza (which I talked about last week) is exclusive and sophisticated, populated by older, wealthier crowds, Harajuku is teens’ haven, hungry for the unique and ‘crazy’. HARAJUKU – where shall I start?!

Harajuku has risen in the 1990s as the representation of the fashion trends that expressed the Japanese sense of style and unique visualization of eclectic wearables. Harajuku is known as the ‘youth capital’ of Japan, where uber-trendy teens on a budget get together to set the pace in the fashion of the entire world. Yes, you heard me well!

Harajuku has three main areas with street styles that brought their innovative unique glamour to the attention of the entire world: Takeshita Street, the Ura – Harajuku  with the Cat Street and Omotesando (although Omotesando these days has become more the street equivalent of the Paris’ Champs-Elysees). The Harajuku street fashion has inspired decades of art, new fashion trends and ideas for designers everywhere.  These trends continue to develop and evolve every day and new fashion stars rise from unknown street corners and niche shops. 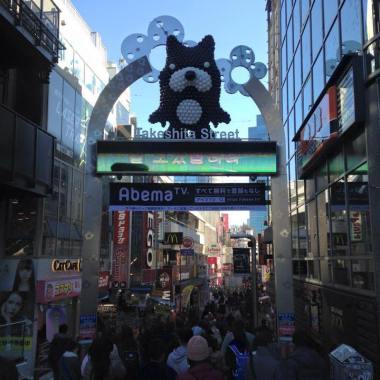 Many of the subculture fashion trends here derive and take inspiration from the kawaii Japanese culture. The word ‘kawaii’ means literally ‘cute’, however it seems that used in the wider social context it expresses more encompassing qualities of desirability in the Japanese society; as fashion terminology, kawaii  expresses stylish, cool. 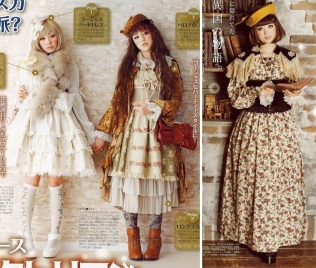 Ura-Harajuku-kei styles have been born out of the 90s Japanese fashion brands and in time evolved with street and individual influences. It seems that each trend has an icon that sets the pace. From the Visual Kei trend, inspired by Japanese rock, punk and pop bands to the Mori Kei (mythical forest look) and the Fairy Kei (glamorized with 80s items reminiscent from My Little Pony, Barbie, Disney characters and Strawberry Shortcake).

One of the best known street fashion icons was few years ago the pop singer Kyary Pamyu Pamyu. There is a 2011 hit, ‘PonPonPon‘ which is very much oozing the Ura-Harajuku/ Takeshita street brand – the set of the video was designed by Sebastian Masuda who is the designer of the iconic Japanese kawaii  pop street style shop 6%DOKIDOKI which you certainly must peruse and enjoy and the Kawaii Monster Café (the Mushroom Disco room is awesome).

Another more current teen street fashion icon is Peco and her style is omnipresent in the brand of Bubbles which was founded in 2011 as a small shop and since then has grown a strong following.  The Peco Kei style is a current kawaii  style and the items look cute on the surface with some dark innuendos from the 1970s punk and 1990s riot trends, with current social media and internet memes influences. You can find the Bubbles shops in both Harajuku and Shibuya.

But most of all, in contemporary Harajuku there seems to be a revival of the ‘Japanese’ stereotype look that was first made famous in the 1970s by one of the biggest fashion icons of Japan – Sayoko Yamaguchi. Yamaguchi has toyed with the dark, manga look and she was muse and modeled for Japan’s top designers like Kenzo Takada, Kansai Yamamoto and Issei Miyake. Yamaguchi thought the three most important elements of modeling were kimochi  (feeling), katachi  (style) and ugoki  (movement).  She called herself a wearist rather than a model and I guess what she meant by it was that attire symbolized the soul of the being itself and the being wearing the soul… ‘on its sleeve’. 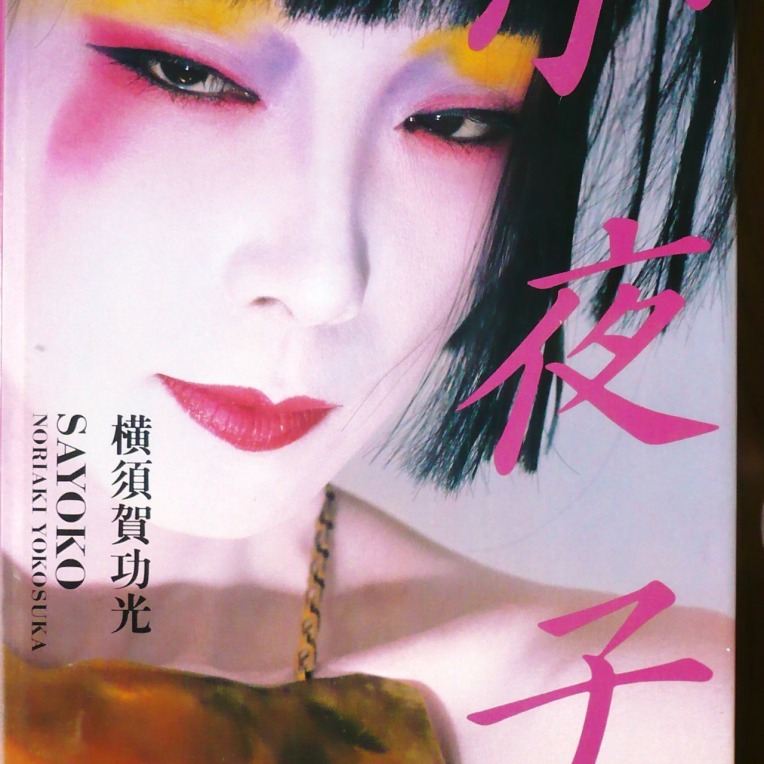 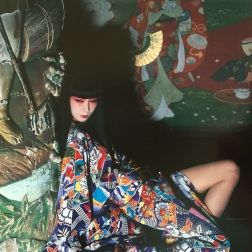 Although her style has been diluted and transformed during the past decades, the main features are still recognizable in the media and fashion subcultures of Harajuku. One of the new models that currently tries to revive Yamaguchi’s style is Akimoto Kozue. And this subtrend is mixed with video games inspiration (Nintendo, Pikachu, Kirby), anime, manga and Japanese idols.

Another authentic subculture fashion style for Harajuku is the Lolita style. Lolita style started in the late 1970s with labels such as Pink House and Milk, however it probably had more impact starting 1990s. Pink House opened their first Lolita themed shop in 1979. Since then, they have continued to exist however they are not the purist Lolita style brand anymore and tend to be more commercial, more modern. The brand is being sold these days in the Odakyu department store in Shinjuku. Milk also continues to exist and sell Gothic Lolita gear; the main shop is located on Meiji Dori in Harajuku, on the way towards Shibuya.

Lolita has been and probably remains one of the most popular abroad however it seems that somehow popularity may have driven Lolitas more underground, in safer spaces where they continue expressing themselves away from the public eye and away from the tourist boom and exposure in Harajuku.

Unfortunately, today the street subcultures become more obsolete, as big fashion brands (H&M, Forever 21 etc) move in and squeeze out the real, authentic subcultures and trends. It feels like a real loss to the entire world and maybe these should be not more promoted, but more protected by the legislators.

And if you are on a budget and on the look for souvenirs, the best shops are also close by in Harajuku – one is the Daiso 100 Yen megastore in Harajuku where everything costs 100 Yen and you can find little household gems. The Oriental Bazaar is one of the biggest and most sought after souvenirs shops in Harajuku/ Omotesando. Not only this shop caters for every budget, but it is amazing to browse and locals also love the fabulous choices which are great value for money.

I hope my blog today gave you all the information you need to be a savvy tourist and fully enjoy Shibuya and Harajuku during your next Tokyo visit. In the event you don’t plan to visit, I hope you enjoyed reading a bit about fashion history and subcultures in one the trendiest places on Earth. And next time when you see on the street an odd teen, out of place and different from anything else you have ever seen, just think how fortunate you are to come face to face with someone so special and fabulous!

My next blog will look at  the places where you can enjoy Tokyo in the sky… Literally!

TheRunningBlogger:  unauthorised use and/or duplication of this material and photographs without express and written permission from the author of this blog is strictly forbidden.  Excerpts and links may be used, provided that full and clear credit is given to TheRunningBlogger with appropriate and specific direction to the original content.